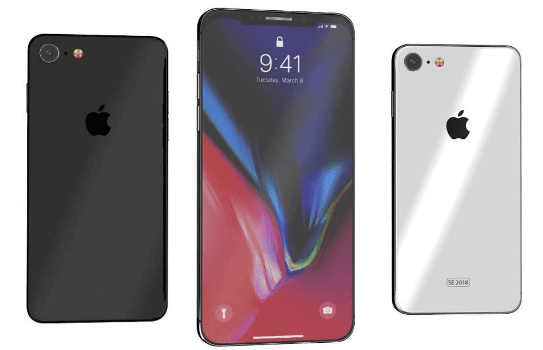 It has not been a year since Apple launched its new flagship smartphone iPhone X. As soon as the design of this smartphone came in front of the customers, it became the most anticipated smartphone of the year 2018.

Apple always stuffs its largest smartphone with cutting-edge specifications and of course with the highest prices as well. 2018 will be the same as the new iPhone X will be the costliest among all of the other iPhones in the market.
However, there is no confirmation or an official announcement regarding this smartphone, but the rumors have already covered the market. Here is everything you require to understand about the new iPhone X from design to pricing as expected.

According to Nikkei Asian Review, there will be an iPhone X that will be made using a metal unibody design. KGI securities wrote that the frame of this iPhone will be made out of aluminum and will be having a variety of bright colors including yellow, blue and pink. There is also a rumor that Casetek will be supplying the cases for it.
IPad frames are currently made by this company only. There will be three variants like 5.8 inches, 6.5 inches, and 6.1 inches screen. 5.8 inches and 6.5 inches screen iPhones are most likely to come with the same glass body design as the previous iPhone X. So, in a nutshell, since always, Apple has been delivering its unique yet straightforward design incorporated into a healthy body. This time as well, the brand is going to awestruck the masses.

iPhone took a huge step by removing the headphone jack from their smartphone, but it was necessary as it restricts the thickness of the smartphone from becoming a minimum. But Apple is preparing to remove the wired headphones completely. MacRumors created a buzz by writing that Apple is deciding to ship the newer version of iPhone X with no lightning to 3.5 mm jack adapter for headphones. It means the customers would be forced to buy these from outside.

The major drawback of iPhones launched in 2017 was the missing adapters in the box that support quick-charging. However, if you wanted to take advantage of fast charging on the iPhones, then you were supposed to buy a USB-C to lightning cable and a separate adapter. According to Macrumors, it looks like Apple will be proving a USB-C to lightning cable and an 18W USB-C adapter along with the iPhones. Among the help of this adapter, you can simply charge your iPhone from 0 to 40 in 30 minutes.

A statement by Macrumors which was later confirmed by KGI Securities that new iPhones would support larger batteries. 5.8 inches and 6.5 inches model will pack the L shaped battery of 3,000 mAh and 3,400 mAh capacity respectively. On the other hand, the 6.1 inches variant will pack the conventional rectangular battery of 2,800 mAh to keep the budget low.

This L shaped battery also helps in fast charging and is only produced by LG Chem.
There is another rumour that Apple is working with a company called Energous which will enable you to juice up your iPhone from 15 feet away from the transmitter.

OLED Display and the ongoing buzz:

The Investor wrote that two of the next iPhones would be coming with an OLED panel. In 2017 Apple demanded Samsung for 5.2, 5.8 and 6.5 inches screen but later 5.2 inches screen was canceled due to less demand. However, Apple is negotiating with Samsung to lower down the cost of OLED panels as they pay about 110$ for every iPhone X screen and they want to spend 100$ only. According to The Bell, 25 million units of iPhone X screen are to be produced by Samsung and 75 million for the 2018 model.

Take up some more buzz about the brand as here the recent reports from The Wall Street Journal described that LG is incapable of meeting the requirements of OLED panels by the market due to some manufacturing problems. This points us to the conclusion that Apple has only the choice to collaborate with Samsung on its screen.
KGI Securities added new information to this rumor by stating that there will be an iPhone with 6.1 inches screen and will have an LED panel. Apple is also deciding to drop the 3-D touch technology while manufacturing this model. All of this might look like a huge jump backward, the Date of Release but these steps are required to produce a budget iPhone.

Date of Release and Pricing:

Apple’s iPhone X is the most highly-priced iPhone ever, and Apple is trying to launch the next iPhone X that is not as costly as the previous one. KGI Securities guaranteed that Apple is planning to reduce the costs and selling price before starting new iPhones. AppleInsider cited that the 6.1-inch variant which will be lacking a dual-lens, OLED screen, and 3-D touch will be launched around Rs.45,000 to Rs. 50,000. On the other hand, The Date of Release KGI Securities reported that this iPhone would be launched with a price tag of Rs. 60,000. However, there will be many eBay offers on the iPhones which will help you get them quickly.

Amit Daryanani, the critique from digitaltrends.com, predicts that the new iPhone X will be priced at around Rs.70,000 that is considerably low as compared to the launched price of previous iPhone X. he concluded that this step would increase the sales of the device release while pushing this device into the Rs. 75,000 category.

As a concluding statement, the fans and loyal customers of Apple are yet to be surprised with another model which is, once again, going to overthrow the existing benchmarks aside. Inviting the best of technology and advancements, Apple has been trying to get along all the desires of the consumers.Date of Release Wait or the authenticity to knock your doors with exclusivity at its peak. Stumble upon the offers on Apple gadgets to get the overall amount discounted.