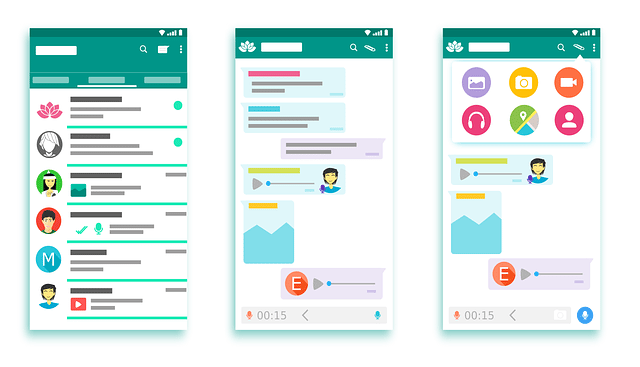 Apps on our mobile phone can make everyday life simpler. There are thousands of solutions to all problems. Games, social networks, exercise, food, or savings programs. Apps have been created for probably most of your needs.

Mobile applications are part of our life. For Android or iOS, on your PC, Tablet, smartphone, or even your watch, here are the top 10 consumer favorite apps that you should install on your phone.

Vigo Video formerly known as Hypstar is a free application for Android and iOS (iPhone) that acts as a social network to create and share short videos.

This app lets you make money when content has a lot of likes, shares, and views. It also offers a variety of editing tools, such as fun selfie filters, features to correct facial imperfections, special effects, and the option to add music, as well as optimized speed and timer for the recording.

Developed by Voodoo for Android and iPhone, Helix Jump is an endless style of gameplay where you try to take a ball down through a helix structure with a set of platforms while avoiding touching the red platforms that end your turn.

Helix Jump is one of those addictive games that you lose more easily than you win, just as if you were a football player in the worst NFL teams in history. Nut don’t give up, try to go a little further. It is a game that requires the ability to solve some mazes and some patience is required. 28.22 million downloads were counted last month since launch.

Snapchat is a social network, available for download on iPhone and iPad (iOS) and Android, which suggests a different way to chat with your friends: Photos and messages sent by the app can only be viewed for a few seconds, then disappear.

The application is a good alternative for those who exchange images that won’t be spread all over the social network. Because photos disappear after a short time, Snapchat is better advised than other messaging apps like WhatsApp and Hangout.

SHAREit is an application for the Android operating environment aimed at sending any type of file between phones or tablets on which the program is installed.

Using your Internet (WiFi/Data) or Bluetooth connection, with SHAREit you will be able to send your music, photos, videos, and more to your friends’ devices quickly and without any backup issues.

Netflix is a popular online movie and TV show streaming service, as well as children’s content. It is now available for Android, iOS, and Windows Phone, as well as Xbox, PS3, Wii, Windows, Mac OS, and Ubuntu. The app offers a free month of streaming, so the user can try the service and find out whether it’s worth subscribing.

After this period, the user can choose from one of three plans offered by the platform: the basic, the standard, and the premium. There are several forms of payment and prices vary according to the monthly subscription. You can pay the amount by ticket and use other forms of payment, such as credit or debit cards. If you regret it, you can unsubscribe from Netflix at any time of the month.

Another Facebook application that is among the most installed on Android devices. Instagram started out as a photo-sharing platform, but it has quickly evolved into video and is now also one of the preferred ways of communication by younger generations. In October it had 39.85 million downloads.

In fact, this is a decadent social network, many have already abandoned it, and many others are considering doing so. Still, it remains a successful service. Facebook is a social network available for the web, with a mobile version for Android, iOS, Windows Phone, and BlackBerry.

The video dubbing application Musically has been discontinued and merged into TikTok. The app is also intended for publishing videos with voiceovers, conversations, or snippets of humor, but has a social network format, allowing you to follow friends and interact with the publications.

It has several effects and animated filters. TikTok is free and available for Android and iOS.The app hit the list of the most downloaded in the United States in October 2018, with 130 million users, ahead of Instagram and Facebook.

Facebook Messenger is an application that lets you send free messages to Facebook friends and mobile contacts via Android, iOS, and Windows Phone devices.

The application has just received a major update that changes your image in a profound way but maintains all its usability. Associated advertising is proving to be a big issue for some users.

WhatsApp Messenger is also an app for sending messages to friends. Launched in 2009, it is available for download on Android, iOS, Windows Phone, BlackBerry, Nokia S40, and Symbian phones and now for Mac and Windows computers. WhatsApp Web is the non-downloadable version of PC Messenger.

Another app under the purview of the giants on Facebook. Chosen by thousands and thousands of users around the world. Recently received stickers to make conversations even more lively.