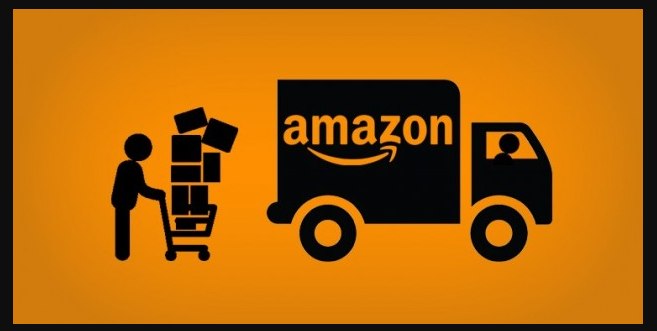 Amazon India’s Sellers Make use of Estonia’s e-Residency Programme to Access European Market
In today’s techno-savvy era, technology is revolutionizing every nook and corner of the world. Online marketplace leads and people from different walks of life take advantage of it. However, Indian business sellers using Amazon platform to reach the acme of success. To quote an epitome, it is reported that, Indian sellers are using Estonian-residency to access the European market with the help of PayPal.

Check out the best offers on Amazon sale

In 2014, Estonia’s federal body decided to launch an e-residency by which it offers digital identity that anyone can run a business independently all over the world. And, it becomes the first and the only country which offers e-residency, and a government recognized digital ID which is valid all over the globe. This offer becomes part and parcel of every business tycoon to work completely online. In a press conference, Estonia’s Minister Entrepreneurship and IT Minister Urve Palo said that “if you have a proposal to establishing an organization in Estonia, you are going to establishing an organization in the European Union Market. On the contrary, Estonia’s e-residency also provides a virtual resident of her country.

Riho Kruuv is an e-commerce seller and ambassador of the Republic of Estonia to India had a great conversation with economic times and according to him, in recent times, they have received a plethora of petition from India and mainly are from the IT and blockchain or cryptocurrency firms. Also, he defines 1600 applications are received until now, and others are on the way. He appreciates the response from the Indian sellers and looking ahead for it. Riho pointed out that; Amazon is the most interested seller who they want to work with.

Indian e-commerce sellers can embed the global payment system PayPal for the ease of transferring financial aspects and for refunds as well. In India, PayPal is rarely utilized by the folks, and now onwards PayPal becomes the priority among Indian sellers, and preferred payment is allowed with applicable currency conversion rates, said Riho Kruuv.
E-residency is very advantageous for individuals, to become an e-resident you can openly access EU business, and there are so many public e-services are available for them to set-up, a company is not a big issue now although you can build a location-independent EU company trusted by e-residency. You can run a company remotely from anywhere with low costs and minimal hassles.

Apart from this, according to online vendors, who are highly allured with this offer spoke on the condition of anonymity, they focusing on return policies but in case of returns of goods sold on the international online market and returns of those goods become a terrible issue and hard nut to crack for the e-commerce sellers. Thus, it attracts foreign exchange transaction charges. On the other hand, according to the sources, E-commerce sellers thought that Amazon solves the payment and receipts issues in Europe because of Indian management technique deployed by Amazon sellers.

From starting to its establishment and till now, there are more than 30,000 e-residents of Estonia from various nations. According to Palo, 154 countries are connected to it. In India, they have 1200 e-residents; she added just need of an hour to visit Estonian Embassy and drop the biometrics to become a member of it. For applying in E-residency, you have to pay 100 Euros and for the commercial field or registering a company; you should pay 190 Euros.

Now, Estonia is looking ahead to reach out to the Indian startup the community through the number of platforms like roadshows, tie-ups with industries in the coming year. Therefore, they have a big target to hold up with 200 at least start-ups during 2018.

During the India trip, Palo has met the Minister of Law and Justice and Electronics and Information Technology Ravi Shankar Prasad, Minister of State for External Affairs M.J. Akbar. This fits and greets all about for the cooperation with the cybersecurity and e-governance with Estonia and the Indian government is ready to give aid to them for the welfare of the nation. Mr. Akbar was also interested in the discussion of the automatic recognition of Estonian Diplomas in India. However, there are more than 300 Indian students in Estonia. On the contrary, the big name in India and all over the globe Mukesh Ambani is also interested in collaborating with Estonia for the goodwill of their nation.